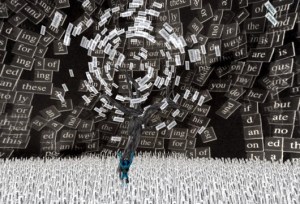 It’s time.  I have resisted it…made excuses to avoid it and put a ton of things in my own way to keep it from happening.  It’s a wrestling match that I’ve been having with myself for years.  Control the words.  Harness the words.  Pass them out in small parcels, but carefully.  I’ve become bored with caution.

I knew when I was seven that words were powerful.  I remember, vividly, the red Annie diary I kept. I wrote about the boys who ran from me and the heartbreak that only a seven-year-old would know.  I wrote sentence after sentence, empowered by the freedom that only letters can provide.  The best part about that diary was that I could lock it up and keep the words safe. I think part of me has continued to write like that: locking away parts of it because I’m more comfortable that way.  I am ready to unlock the diary.

Those of you who know me may be confused by this revelation.  “You write all the time, and you’ve shared everything all along,” I can hear you saying.  That’s true… and untrue. I have shared the true stories, using the words to control how they have been shared. I have to finally admit, however, that I have been holding out.   Locked away have been stories and characters.  They are the unreal kind, and the kind that can potentially take on a life of their own.  They are of my sole creation and terrifying to explore.  Terrifying because there is not the safety of the truth.  Scary because it makes me vulnerable.

When people read stories, the true kind, they have an emotion about one part or the other.  They either react to the story or to the writing that creates it.  If I couple the two together, and present both the story and the creation, any rejection falls firmly on me.  I’m ready for that.  My approach has changed over the last few months and I have started to recognize when I write for writing’s sake and when I write to just get words out there.

I’m going to give my energy to writing for writing’s sake, and I am going to unlock that world I’ve avoided.  My non-fiction proposal still floats out there, and now that I am feeling pulled toward new projects, it is Murphy’s Law that I will be pulled back to finish that book.  If that happens, I will do that, but in the meantime, I am putting the key in the lock and letting the pages fall where they may.

As Markus Zusak wrote in The Book Thief (truly one of the best books I think I have ever read), “…there would be punishment and pain, and there would be happiness, too.  That was writing.”