I grew to appreciate my female-sport-loving-self. 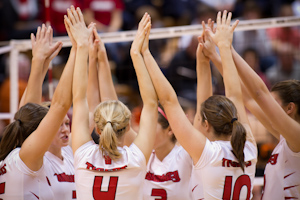 Today is National Girls and Women in Sports Day. DON’T STOP READING!!! I know the topic of women in sports can be controversial. There are those people who think women’s sports are a bore. There are the women who don’t understand the psychology of a woman who would sacrifice so much of her life to something that seemingly no one cares about but her. There is still blatant sexism when it comes to women and sports, and I am becoming increasingly aware of the tension. All I want is a small opportunity to share with you some of the recent growth I’ve done with regard to this subject.

Some cool things happened this past week to broaden my enthusiasm for girls and women in sports. On the other hand, things have happened to promote my awareness that there are many issues female athletes still face.

Some of the not-so-positive things I’m noticing:

So, why are all of these things important: WOMEN’S SPORTS SHOULD MATTER TO ALL OF US. It shouldn’t matter to just the women who play at the highest levels, but also to the women who want a social place to experience the magic of sports competition.  It should matter to the men who father girls, to the men who marry them, to the men who work with and for them, and this will require a necessary shift in culture. We need to believe and promote:

It is widely accepted that sports are good for girls, specifically.  Youth sports expert, Brooke DeLench, has a phenomenal article laying out how Sports Benefit Girls in Many Ways. The benefits cover physical, social, emotional and intellectual aspects of life.

The benefits far outweigh the challenges, and I know with absolute certainty that I will continue to grow through the female sporting experience.

To learn more about Meagan Frank or the current book project she is working on, you can visit her at www.meaganfrank.com.

3 thoughts on “Where’d You Grow Wednesday?”