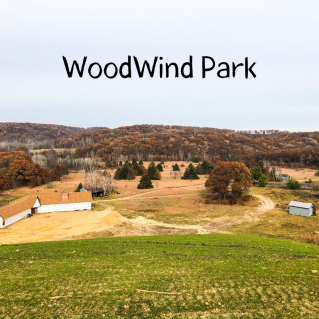 Hubby and I are pretty quiet people with loud, preposterous dreams.

Since 2001 we have actively sought purpose. Much of that time has been spent throwing out ridiculous ideas over coffee or while laying awake in bed. Sometimes we would stop in the middle of the trail we had been walking because an awesome idea had arrived.

“Let’s renovate an old movie theatre and turn it into a music venue.”

“Let’s buy that old creamery and use one part for a bar and grill and the other part for a formal dining room.”

“Let’s find a way to bring people together for events and ideas.”

My journals have recorded this messy pursuit. I wrote down whisperings and nudgings that got louder and louder for us over the past ten years. What I realize is that every curiosity, every misstep, every miscalculation was a flat-out answer to prayers.

What felt like simply fun and interesting conversations was a calling neither of us realized we were contemplating answering. I kid you not, these “visions” were so strong for me that I literally wrote an entire draft of a novel about this magical place that houses eternity and some of the elements of what I wrote about three years ago are actually starting to be real-life things.

Hubby and I realize we were meant to buy an abandoned ski hill and turn it into something amazing. To foster a place where activity can be offered for practically nothing, where music can be enjoyed in big and small ways, where informal and formal dining can co-exist, where apparel highlighting the antics of our cartoon Pudgie is actually possible, where fried ice cream has a place to be created and where events and ideas will be endless.

For this imagined thing to come to life, we will be selling our house, downsizing to our cabin on the lake that is less than twenty minutes from our new project, changing the nature of the jobs we have and working like crazy for the next couple years to get the doors open and the outside welcoming.

The progress and setbacks are being chronicled on Facebook, Instagram and Twitter and we are grateful for the support and prayers we are receiving from all corners of the world.